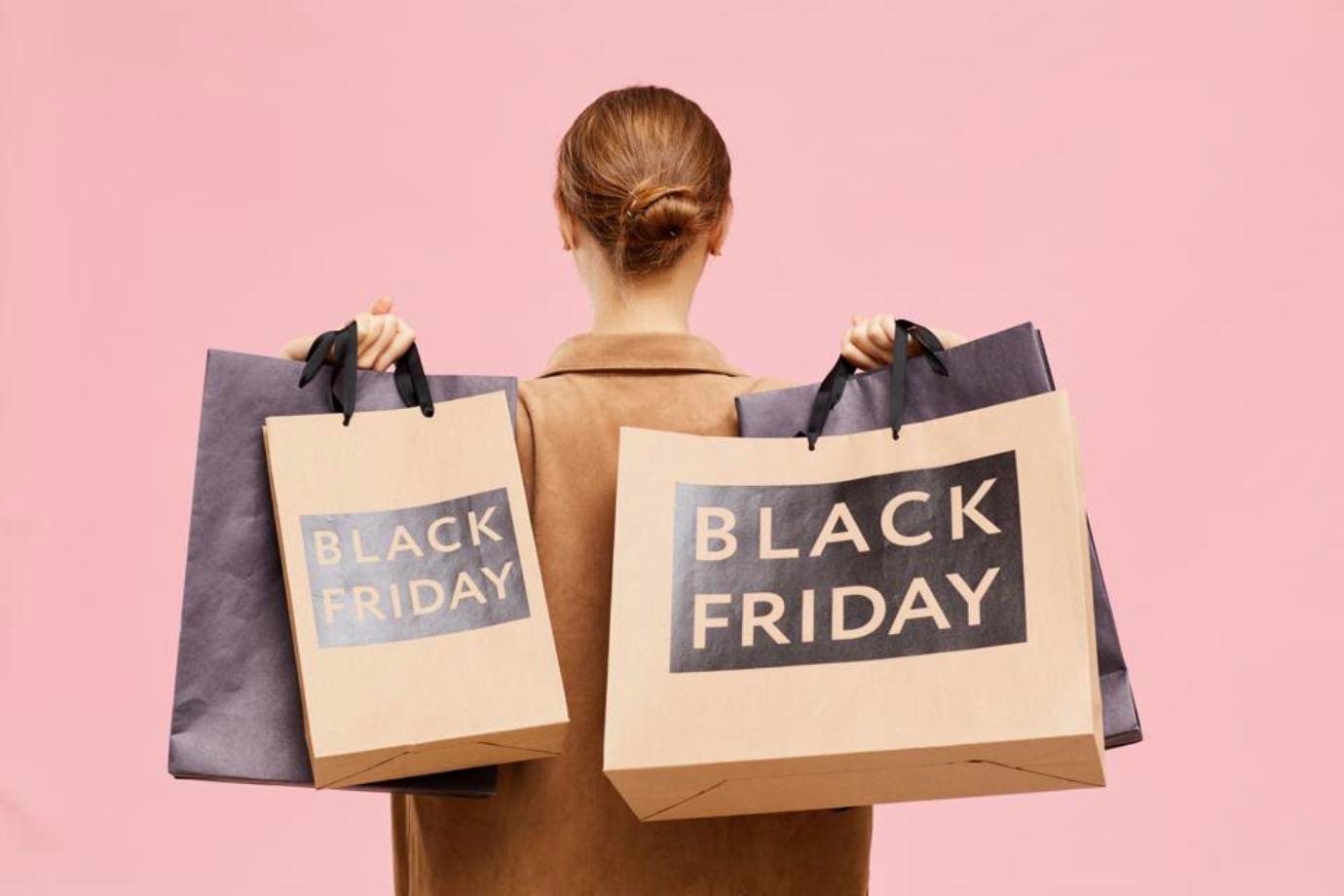 From Apple Airpods to Nike sneakers, mattress deals to beauty steals, here's our master list of the best Black Friday sales you can't afford to miss.

It sounds crazy, but it could be true: The current pandemic experience of a crucial cohort of the world population could make future pandemics worse.

They examined the attitudes and behavior of more than 75,000 people worldwide who had lived through an epidemic, focusing on those who were age 18 to 25 at the time. That age range is when individuals form long-lasting attitudes, psychologists report, and some of the attitudes formed by those in the study could endanger themselves and others in a future pandemic. Even decades after enduring an epidemic, the researchers found, the experience during those impressionable years “significantly reduces trust in scientists and in the benefits of their work.”

Even worse, those people are more skeptical of vaccines and are less likely to get their children vaccinated.

It’s hard to believe anyone could respond that way to today’s pandemic, when science is the hero. Worldwide trust in science is the highest in the three years that 3M has been sponsoring an annual State of Science Index; 54% of respondents said COVID-19 has made them more likely to advocate for science. Skepticism of science declined for the first time in the survey.

Yet the findings of the Eichengreen team could hold up even after this extraordinary pandemic. That’s because there turns out to be a significant difference between people’s attitudes toward science and their attitudes toward scientists. The researchers found that going through an epidemic in the impressionable years didn’t affect attitudes toward science as an endeavor; in the abstract, people approve of it for its potential to improve society. But “if past epidemics are a guide,” the researchers write, “the virus…will reduce trust in individual scientists, worsen perceptions of their honesty, and weaken the belief that their activities benefit the public.”

Those results are consistent with other research going back years. When bad things happen, people tend to blame individuals rather than institutions. In addition, the researchers note that in previous survey

For months Democratic and Republican leaders have failed to reach an agreement for another COVID-19 relief package, which would include items like a second round of $1,200 stimulus checks.

But staffers on Capitol Hill expect that breakthrough to come shortly after the inauguration of President-elect Joe Biden on January 20.

And if that economic aid package includes another round of stimulus checks, here’s when Americans could expect to actually get the money.

If the last go-around is any indication, the first of the checks would start to be deposited within two weeks of the legislation passing. After the passage of the $2.2 trillion CARES Act on March 27, Americans started to receive their stimulus checks as early as the week of April 13.

The long waits shouldn’t happen this time. Back in the spring, millions of Americans, including those on Social Security, saw their checks delayed until they provided additional information. Since this payment would be based on the same tax year, it’s unlikely more information will need to be verified—at least among those who received their first round of payments.

And the Biden White House could even ask the Treasury Secretary—likely to be Janet Yellen—to speed up the distribution of the checks given that the system is already in place. That is exactly what the Trump White House discussed prior to losing the election.

Once control of the Senate is determined by a pair of runoff races in Georgia on January, we’ll have a better idea of what the next stimulus package will look like. If Democrats win the Senate, expect a larger package like the $2.2 trillion Heroes Act passed in the Democratic controlled House. But if Republicans retain the Senate, they’ll have the leverage to push Democrats to accept a more modest package—which could exclude direct payments altogether.

If stimulus checks do get included, expect it to be similar to the first round. The direct payments sent in the spring were worth as much as $1,200 for individuals or $2,400 for married couples, plus $500 for each qualifying child. That amount would decrease for adjusted gross income above $75,000 per individual or $150,000 per qualified couple. And the checks phase out for individuals earning above $99,000, head of household filers with one child above $146,500, and joint filers with no children at $198,000.

All of these mega-metropolises share a global risk, scientists say: they could be breeding grounds for the next pandemic.

A group of international researchers, led by scientists at the University of Sydney, have mapped out the cities that offer the ripest conditions for the incubation of viruses that could jump from animals to humans—and then spread around the world.

The researchers tracked the risks based on three factors: the first was identifying cities where intense urban life collides with both domesticated animals and rich biodiversity, raising interactions between humans, farmed animals, and wildlife, often due to disruption like deforestation.

This increases the risks of zoonotic disease outbreaks in which, for example, a virus makes the jump from a mammal or bird species to humans. Well before the arrival of COVID-19, virologists and other scientists have been sounding the alarm that our modern world creates ideal conditions for just such an outbreak, as Fortune wrote in April.

“Whence the next pandemic? The intersecting global geography of the animal-human interface, poor health systems and air transit centrality reveals conduits for high-impact spillover”; One Health.

But to create a global pandemic, the Sydney researchers researched an additional two factors.

The second is tracking which of those super cities are globally connected—not just through international airports and aviation routes—allowing the virus to be spread quickly. The third factor is an insufficient public healthcare infrastructure (measured, in this case, by rates of infant mortality), which increased the risk that a virus in circulation won’t be identified and reported straight away.

Combining those factors, the researchers found that 20% of the world’s most-connected cities are at risk of such disease spreads. Another 14-20% of those cities have poor health infrastructure, with the majority in South and Southeast Asia, and Sub-Saharan Africa. The cities with the highest risks including Mumbai, Delhi, Jakarta, Singapore, and Kunming, in China. 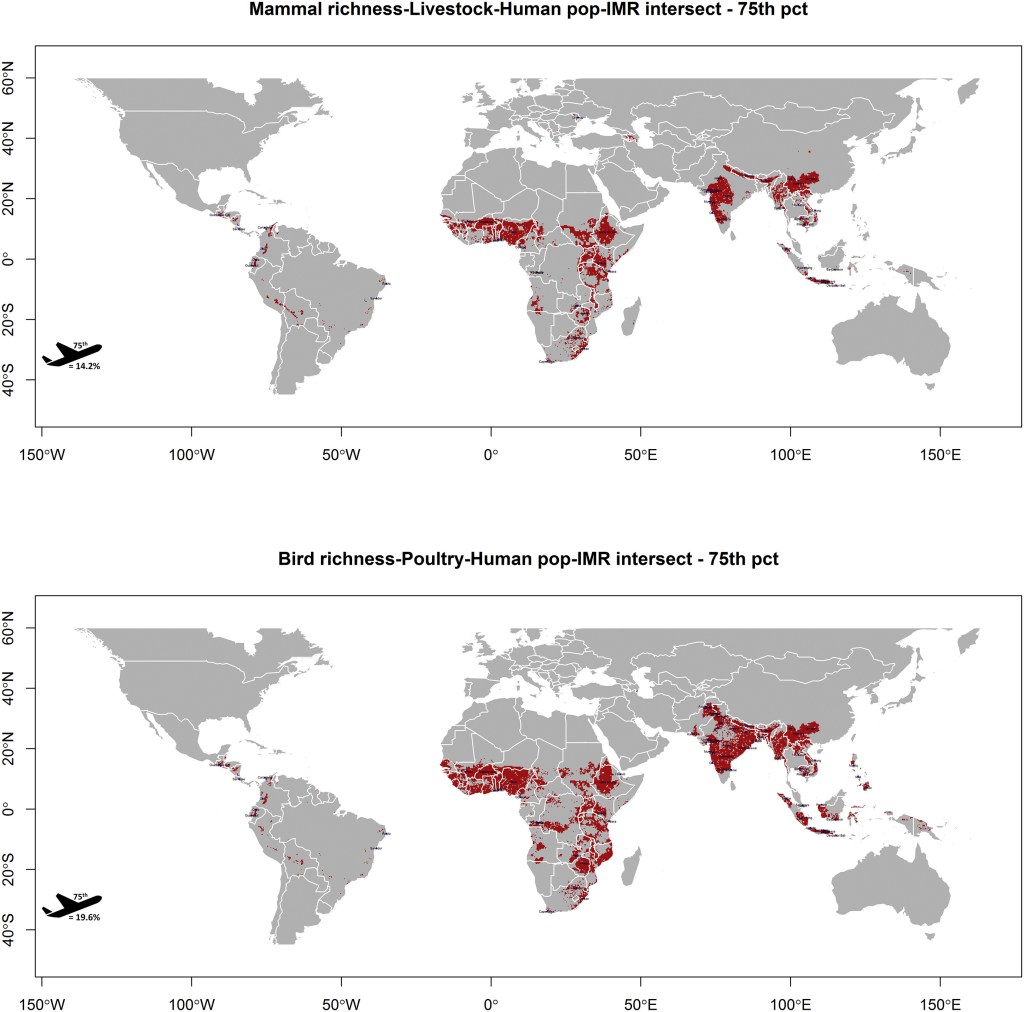