As the ravages of the novel coronavirus forced millions of people out of work, shuttered businesses and shrank the value of retirement accounts, the Dow Jones Industrial Average plunged to a three-year low.

But for Sen. David Perdue, a Georgia Republican, the crisis last March signaled something else: a stock buying opportunity.

And for the second time in less than two months, Perdue’s timing was impeccable. He avoided a sharp loss and reaped a stunning gain by selling and then buying the same stock: Cardlytics, an Atlanta-based financial technology company on whose board of directors he once served.

On Jan. 23, as word spread through Congress that the coronavirus posed a major economic and public health threat, Perdue sold off $1 million to $5 million in Cardlytics stock at $86 a share before it plunged, according to congressional disclosures.

Weeks later, in March, after the company’s stock plunged further following an unexpected leadership shakeup and lower-than-forecast earnings, Perdue bought the stock back for $30 a share, investing between $200,000 and $500,000.

Those shares have now quadrupled in value, closing at $121 a share on Tuesday.

The Cardlytics transactions were just a slice of a large number of investment decisions made in the early days of the pandemic by Perdue and other senators. They stirred public outrage after it became clear that some members of Congress had been briefed on the economic and health threat the virus posed. The transactions were mentioned briefly in a story published by the Intercept in May.

Now that Perdue is locked in a pitched battle for reelection in a Jan. 5 runoff, his trades during a public health and economic crisis have become an issue in what already has become a negative, expensive campaign that will determine which party controls the Senate.

But legal experts say the timing of his sale, the fact that he quickly bought Cardlytics stock back when it had lost two-thirds of its market value and his close ties to company officials all warrant scrutiny. The Trump campaign paid for recounts in two of the most populous, Democratic-leaning counties in Wisconsin in hopes of overcoming their 20,500-vote loss.

New York-based businesswoman Ruth Harrigan usually sells her honey and beeswax products in souvenir shops. But with Covid-19 pausing tourism, she’s been almost entirely dependent on Facebook ads to drive online sales. On Nov. 11, this new financial lifeline was abruptly cut when the social media company blocked her HoneyGramz ad account for violating its policies. She couldn’t imagine what about her tiny honey-filled gifts would have triggered the problem.

Friends told Harrigan to just wait a couple of days and the problem might resolve itself. She waited, until she lost an estimated $5,000 in revenue.

“I was getting a little anxious thinking, ‘Oh my God, Black Friday is around the corner, most of my sales for the year happen in November and December and that’s it,’” she explained. “I said, ‘If I’m shut down any longer than this, it’ll cripple me.’”

Harrigan is one of millions of small business advertisers who have come to rely on Facebook Inc. because the coronavirus has shut down many traditional retail channels. The social media giant has provided new sales opportunities for these entrepreneurs, but also exposed them to the company’s misfiring content-moderation software, limited options for customer support and lack of transparency about how to fix problems.

Facebook’s human moderators have focused on election and Covid-19 misinformation this year, so the company has leaned more on artificial intelligence algorithms to monitor other areas of the platform. That’s left many small businesses caught in Facebook’s automated filters, unable to advertise through the service and frustrated because they don’t know why.

The same weekend Harrigan’s account went down, Ivonne Sanchez, who runs a permanent makeup clinic in Ottawa, found her ads were blocked too, for what Facebook said was a “policy violation.” Her business, which had to shut down between March and June for the pandemic, was relying on Facebook to recover financially. The account was restored the next day without explanation, but “in the middle of a crucial shopping season, it left us shaken,” she said. “This experience makes us very nervous about investing dollars into a system that is operated seemingly by a bot.”

Even if an ad account gets restored, businesses lose crucial momentum. Facebook’s advertising algorithm takes a couple of weeks to figure out which users may be interested in an ad, to refine the targeting. Jessica Grossman, c 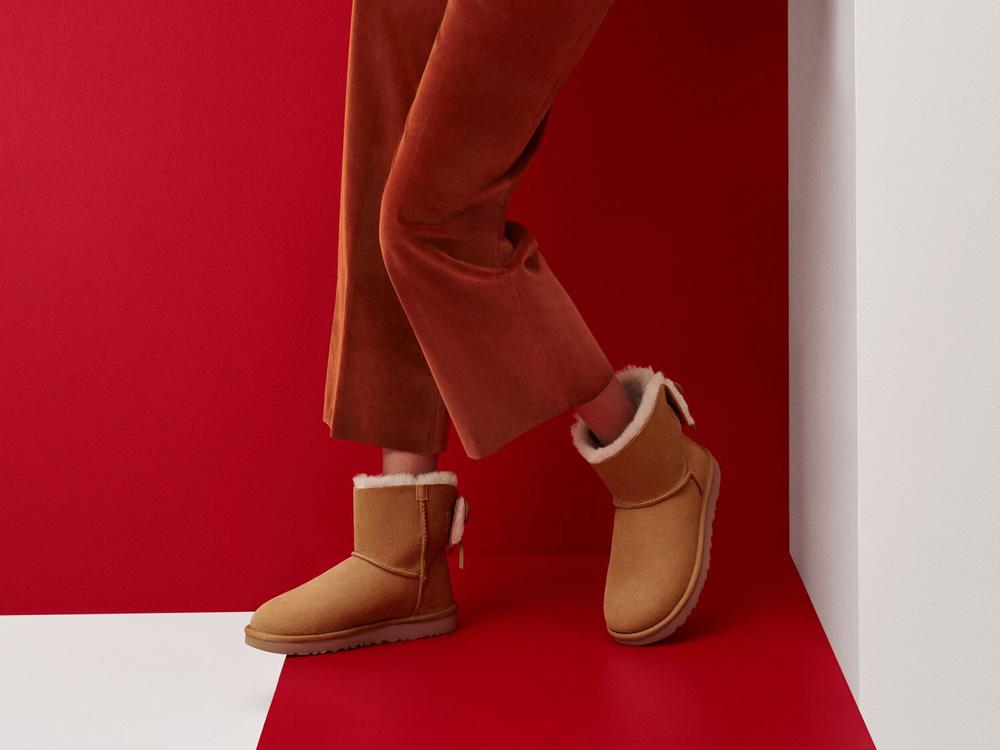 From discounts on Ugg's site to major deals you can score at Zappos, Nordstrom and more, here are the 27 best Black Friday Ugg deals you can find right now.